Congratulations to our Marathon Champion,
Psyho

About the Marathon Competition 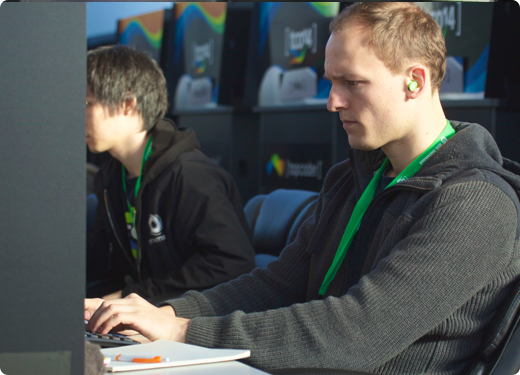 As part of the 2014 Topcoder Open, the Marathon Competition provides a more flexible format with an extended timeline that offers different types of problems than what can be offered in the Algorithm Competition. Competitors may submit code in the following languages: Java, C++, C#, VB.NET and Python.

Competitors will be competing in online rounds from April 9, 2014 leading up to the onsite Championship in San Francisco California. The top twelve competitors will win this fabulous trip to compete for cash prizes and bragging rights!

The schedule for the Online Rounds of the Marathon Competition is as follows:

All times listed in UTC -4

After each Online Round, up to 4 of the highest scoring competitors who are registered for the Tournament will advance to the onsite Championship Round. To advance, a Competitor must submit a Full Submission and achieve a score greater than zero.

NOTE: In the event of a tie for any advancing position during the Online Rounds, the tie will be resolved in the following manner:

In the event that a Competitor who has advanced to the onsite Championship Round is unable to attend it, topcoder may choose to replace this Competitor with another Competitor or to take no action in this regard (thus reducing the total number of onsite Competitors). The choice is made at topcoder’s sole discretion. In case of replacement choice, the right to attend is passed to another Competitor according to the following priority list (1st position in the list is highest priority, each next position is of lower priority than the previous one):

The Marathon Competition will award t-shirts to the 100 Competitors with highest Ranks (as defined above), where a Rank of a competitor is defined as the best taken place out of all Online Rounds in which this Competitor made a Full Submission and achieved a score greater than zero. In case several Competitors are tied by Rank for the 100th place, then all tied Competitors will be awarded a T-shirt.